During the implementation of stay-at-home or lockdown policies, people tend to use video conferencing tools for meetings, lectures, and conversations among friends more frequently than usual. Children are especially affected by the quarantine since many must refrain from going to their classrooms and take classes online. By leveraging various data sources, we will analyze how daily behavior has been affected by this pandemic, and also compare behaviors among different countries and cities. We will also measure how people purchase commodity goods via online e-commerce sites such as Amazon, especially with the global shortage of certain commodity goods such as sanitizers. 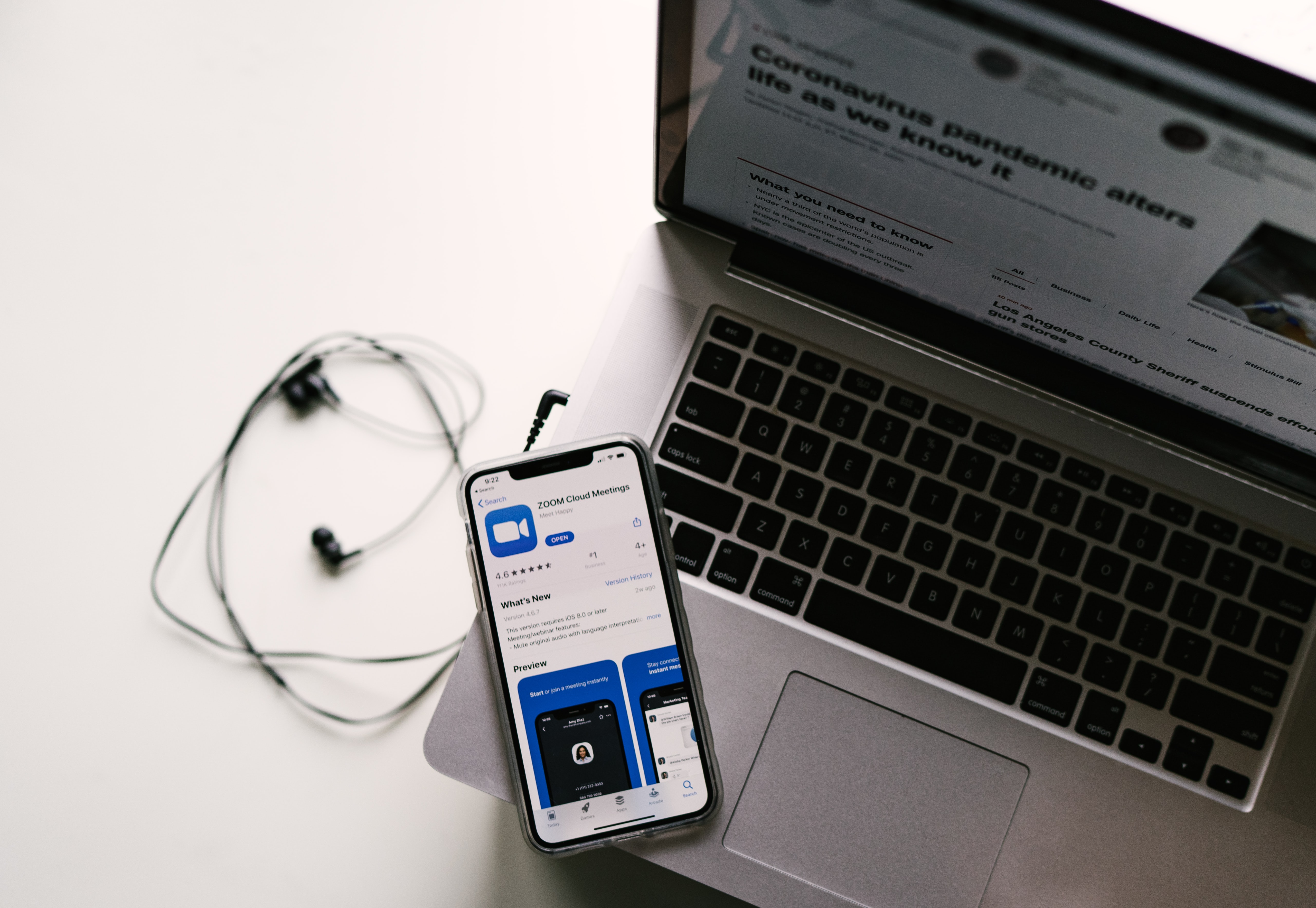 Perception and Resulting Behavior Changes due to COVID-19
We analyze the perception and resulting behavior changes throughout Japan concerning COVID-19, through the use of nation-wide surveys conducted and provided by Survey Research Co. Ltd.

3. Perception and Resulting Behavior Changes due to COVID-19 More details

We analyze the perception and resulting behavior changes throughout Japan concerning COVID-19, through the use of nation-wide surveys conducted and provided by Survey Research Co. Ltd.

The increasing number of posts related to COVID-19 on social networking services quantitatively reflects users’ recognition of the COVID-19 situation.

We analyzed basic hashtags such as #covid19 and #coronavirus; hashtags related to medical supplies #mask and #facemask; #ClapBecauseWeCare, a daily event people cheer medical professionals working on the frontline; and a hashtag that support others such as #stayalive.

We analyze the number of posts related to COVID-19 on Instagram that quantitatively reflect users’ awareness of the situation. We have collected 513,712 posts with #mask and 251,452 posts with #facemask since February 20, 2020. The figures below show that the two hashtags have been steadily increasing since around March 11, 2020, a few weeks earlier than some lockdown announcements in Europe and stay-at-home orders in the U.S. People might have considered how to protect themselves amid the pandemic before their governments imposed strict prohibitions on residents.

In March 2020, #cough was posted 19,983 times, 4 times more than that in February. The peak was March 15 in the U.S., March 20 in the U.K., March 21 in India. These dates are a few days earlier than the dates of stay-at-home orders in those countries, such as shelter-in-place order at San Francisco on March 16, the announcement of lockdown by the U.K. prime minister on March 23 and the statement of a complete nationwide lockdown by the prime minister in India on March 24. This implies that citizens had started to recognize the symptom a few days before the governments announced official statements. The governments could take their initial response to the pandemic earlier based on the increase in the number of #cough around March 9.

"Clap Because We Care" initiative encourages people around the world to make noise by singing or clapping from their home in order to show support for medical staff working on the frontlines of the COVID 19 situation. The initiative originally started in Wuhan, China in January, and has called citizen’s participation In Boston and New York City, at 7 p.m. on Fridays. With 4,033 posts after March 27, 2020, the graph below clears that some pulse have been observed in the U.S. and the U.K. On Friday, March 27, approximately 180 #ClapBecauseWeCare posts were uploaded followed by more than 100 posts at U.K. on Friday, April 2. These movements might spread to other countries and cities in the next few weeks.

We analyzed 38,979 posts with #stayalive from January 1 to April 6 in 2020. The posts have been gradually increasing since middle March 2020, when COVID-19 deaths in the world exceeded 10,000 and some states in America including California and New York declared emergency. The number of posts with the hashtag in March 2020 was twice more than that in February. This suggests that Instagram users started to take care of themselves and their friends by recognizing the severity of the situation through the 10,000 death milestone.

Hourly Instagram posts with hashtag "mask"
Back to Menu

According to UNESCO’s report, as of April 5th, 91.3% of total enrolled learners across the globe have been affected by COVID-19. 188 countries around the world have closed schools. Many schools have switched to online-learning, permitting children to continue their education; however, we hypothesize that this sudden change in environment  has negatively impacted children's education and their learning habits.

Based on the hypothesis that children's access to online entertainment, specifically YouTube, have increased during the lockdown, negatively affecting their education and learning habits, we analysed 75 YouTube videos updated to highly subscribed entertainment or gaming channels in Japan, Spain, and the United States. More specifically, we exclusively chose the representative videos from three categories; (1) made-for-kids (under 13 years old targets) entertainment contents, (2) non-made-for-kids entertainment videos (targeting teenagers) and (3) non-made-for-kids gaming videos (targeting teenagers). The videos chosen are either “featured” videos (videos displayed on the top of their channel page) or other relatively easy-to-click videos and uploaded at least one week before the analysis took place. We exclusively tracked non-recent content so that the weekly increase in the growth rate of view count was not affected by the element of  newness.

We expect to see two notable changes in trends; (1) significant increase in the YouTube view counts during the lockdown, and (2) increase in YouTube view counts during school hours.  As reported by UNICEF, education for the children's appropriate and effective use of digital technology is of more importance as their online exposure including online learning has expanded. However, the extended online exposure of children during the lockdown period may affect child mental and physical health. Further, YouTube viewing during school hours may indicate negative effects on children's education and learning habits.

We analyze how the trends in the view counts have changed from “before lockdown”, “during the lockdown”, to “after lockdown. Currently, we have seen the different patterns in hourly trends of view count in the respective countries.
In the United States, entertainment videos "Made-for-Kids" have high times of viewing at 12 pm-6 pm and 6 am (Figure 1). Similarly, for entertainment videos targeting teenagers, the number of view counts climbs up from 12 pm to the peak at 6 pm (Figure 2). The gaming targeting teenagers have high view counts around 4-6 pm (Figure 3). For all categories, the number of view counts is not significantly lower in school hours (Figure 1, 2, 3).

Figure 1: Changes in the Online View Counts of Entertainment Videos "Made-for-Kids" in the United States

Hourly total number of YouTube views for 10 channels in the United States (For kids, Entertainment)
Back to Menu

Topic 3. Perception and Behavior in Japan

Survey Research Center Co. Ltd. is a private company in Japan that specializes in conducting surveys, mainly for the national and local governments to help plan and evaluate their policies. Recently the company conducted a national survey concerning COVID-19 news and resulting behavior changes on March 7th - 9th. 100 responders were randomly selected from each prefecture from an approximate national pool of 2 million panelists.

We analyzed the data to see if there are any correlations between the number of cases and the people’s perception and behavior. Figure. 1 shows preliminary results of the study. We used national data regarding confirmed COVID-19 cases from March 6th (the day before the survey was conducted) for the study.

In densely affected areas higher levels of concern regarding the impact of COVID-19 on everyday work (Q14-8) were observed. In areas with lower numbers of confirmed cases, commuting behavior was shifted to avoid public transportation.

We also considered how people’s perception and behavior may impact the spread of the disease. Since there is some delay between an infection and its appearance in the official statistics, we took the growth rate of the reported confirmed cases on March 27th as the indicator of the rate of the spread. Fig. 2 shows the strong positive and negative correlations.

Figure. 2. Correlations between the survey responses (left) and the growth rate of the reported confirmed cases on March 27th.

Prefectures with higher numbers of single households and people that have less interest in current affairs show higher growth rates of confirmed cases.

The company conducted a second survey, and we will update our results after analysis.